International City Dubai is one of the most reasonably priced residential places in Dubai. The district has residential clusters that are meant to copy the style of housing in various countries around the world. There are living spaces available for individuals as well as families at a good price.

International City Dubai is one of the most reasonably priced residential places in Dubai. The district has residential clusters that are meant to copy the style of housing in various countries around the world. There are living spaces available for individuals as well as families at a good price.

In the middle of the clusters, there is a Central Business District, which is a sub-community of International City UAE. The community has residential buildings with 2 and 3-bedroom apartments.

International City has ten clusters; each represents a particular country, namely Persia, Spain, England, Italy, China, Greece, Morocco, France, Russia, and UAE. The design of each cluster depends upon the country it is named after.

Parking is free in the maximum parts of International City, even though not all units come with parking spaces for residents.

Places next to International City

International City Location is a prime location where access to the main roads of Dubai is not an issue. International City is positioned between junctions 5 and 6 on Mohammed bin Zayed Street. When there is no traffic, the car journey to Dubai International Airport takes 20 minutes. The Dubai Mall, Mall of the Emirates, and Burj Khalifa can all be reached in about 25 minutes. It takes only 1.5 hours to get to Abu Dhabi.

International City is next to Al Warqa, Dubai Silicon Oasis, International Academic City, and Dubai Free Zone. The most well-known tourist spot is Dubai Safari Park, which opened its doors in 2017 and has over 2,500 birds and reptiles.

The international city has great infrastructure and is well established, which provides all elements to support a comfortable life. The biggest shopping place in the area is the Dragon Mart. It mainly has Chinese goods outside of mainland China, where anyone can find multiple things under one roof. These include electronics, essential goods, clothing, building materials, cars, and much more. There is also Dragon Mart 2, which has over 1,000 new shops.

Lulu and Growth Mart shopping centers are also present in International City. Most buildings that have apartments have local stores for the day-to-day needs of the residents. Also, there are ethnic stores that sell things from home countries.

There is an American curriculum in the International School of Arts and Sciences. For the Indian curriculum, one could choose GEMS Modern Academy. For a British program, Repton School is the best choice as it is considered one of the greatest schools in the country.

Many buildings have pharmacies that are located on the ground floor of the building, and both the Dragon Marts have big branches of life pharmacy international city.

International City Restaurant provides dishes from all over the world. The area is famous for its dishes. The district has different dining places restaurants such as Le Pain Quotidien, Chili’s, Starbucks, and Bombay Chowpatty international city. Many cafes and hookah bars are available on the streets of International City.

Investing in residential property in International City is a profitable option. The rental market in Dubai is always growing, and all the people are attracted to this area because of the affordable prices. International City Rent is generally less when compared to other areas. There are also a lot of advantages to living in International City. These include great infrastructure, different restaurants, and local convenience stores. There are different types of bedrooms ranging from international city studios for rent to townhouses and private villas. 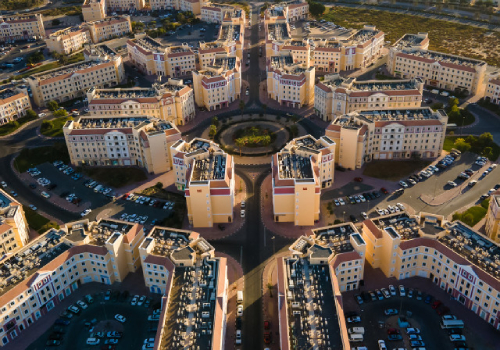